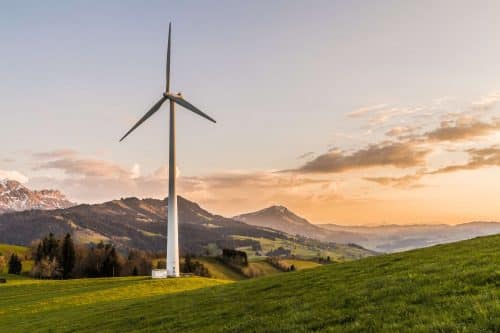 Harnessing wind energy provides many benefits over using fossil fuels. Not only is there a never-ending supply of wind but it also is much better for the environment. Nearly half of Europe’s wind resources can be found in Britain. In fact, there is more than enough wind energy available to provide power for the entire country.

Here are some of the key advantages of wind energy.

The Advantages Of Wind Energy

There are practically unlimited advantages associated with using windmills or wind turbines to capture wind energy.

The idea of using wind power is nothing new. After all, people have been sailing and using windmills for centuries. Even the process of using the wind to generate electricity is a relatively old concept, with its origins dating back to World War II.

What has changed, however, is the technology that is used to harness wind energy. From a technological standpoint, wind power is extremely advanced. In terms of renewable energy, it is one of the most practical and effective solutions.

From an engineering standpoint, few modern structures rival windmills. Today’s wind turbines are designed to transform energy from the wind into usable electricity in a way that is extremely energy-efficient.

This is why there are numerous large projects – look at this one from Fircroft.

Why is wind power so important?

For one thing, the wind is a never-ending resource and is something that Britain has in abundance. It can be used to create energy without contributing to pollution.

It is also something that will never run out. Its benefits revolve around the fact that it is an eternal energy source that is extremely environmentally friendly and that has an unlimited supply.

You can see the power of the wind in action in modern-day wind parks. The giant wind turbines in these parks are significantly reducing the amount of carbon dioxide that is released into the air by homes and businesses throughout the country.

The environmental benefits are only the beginning. Wind power offers Britain the chance to generate energy independently without having to rely on outside resources.

As a result, there is no need to import oil or other fossil fuels from elsewhere. Instead, we can use the wind that is right in our own backyard to create the power that we need.

If you are interested in learning more about how Britain is using wind energy to become energy independent, be sure to read the Energy Independence section of the site.

Renewable energy is on the rise throughout all of Europe. In fact, a 2016 study found that just under 90% of the new power generated throughout Europe was created through renewable sources.

Wind energy finally eclipsed coal in terms of its power capacity throughout the EU.

The switch to wind energy is already well underway. With continued support from world governments, the shift to clean energy sources is likely to continue far into the future.

Wind energy is a lot different from biomass.

What are some of your favorite advantages of wind energy? Please let us know in the comments below. We’d love to hear you.