Disadvantages of Coal: 10 Reasons Why Coal is Terrible for the Environment 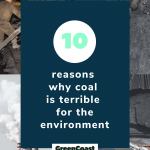 Around 40% of the world’s electricity comes from coal, as well as being used in industry for steel production, cement manufacturing, and as liquid fuel.

However, there is no doubt that coal is seriously bad news for the environment – in more ways than one. Therefore, it is critical that we move away from this eco-nightmare to more sustainable resources that can generate energy without devastating the planet.

Why is coal so bad for the planet?

You probably already know that coal is not exactly eco-friendly. But just how detrimental this resource is, and the number of different ways it can harm people and the planet, will probably shock you.

1. Mining coal is incredibly destructive to the environment

One type of coal mining, so-called “mountaintop removal mining”, completely destroys the outside of the mountain in order to expose the coal deposits. This clears the area of forests and other natural habitats, leaving barren, empty landscapes.

Coal mining destroys natural habitats, not only through deforestation and mountaintop removal, but also by contaminating the surrounding land and waterways. This, in turn, can harm or kill plants and animals and disrupt entire ecosystems.

Coal mining can also cause coal-seam fires, when outcrops or underground coal seams catch fire. As they burn, these fires emit gases that cause air pollution, can pollute waterways, and poison lands and habitats.

These fires are devastating to the environment and can be almost impossible to put out. For example, the Centralia mine in Pennsylvania has been burning for more than 50 years.

Coal contains uranium and thorium, which are both radioactive elements. In coal’s natural form, they are not an issue as they occur in such trace quantities.

However, when coal is burned, these radioactive components can concentrate to up to 10 times their original levels in some of its by-products, such as fly ash.

Fly ash is produced by coal-based power plants and carries 100 times more radiation into the surrounding environment than a nuclear power plant that produces an equivalent amount of energy. People who live in the so-called “stack shadow”, or between half a mile and a mile from the plant’s smokestacks, can be exposed to small levels of radiation, at least as much as people who live near nuclear plants.

Although the risk of radiation poisoning for people living near coal plants is minimal, coal miners face a more significant risk of health problems related to radioactivity.

Fly ash uranium can also leach into the water and soil around the coal plant, contaminating land and the food grown on it.

Burning coal generates carbon monoxide, which causes air pollution and can lead to long-term respiratory problems, trigger asthma attacks, and cause chest pains. In the US, around 1 in 10 children suffer from asthma, and this is the number one cause of illness-related absence from school.

Coal emissions contain mercury, a toxic substance that can damage our nervous system and cause developmental problems in babies and children.

Additionally, emissions from coal plants cause acid rain. This forms when sulfur dioxide and nitrogen oxides mix with water and other chemicals in the air to make acid that falls to the Earth as rain.

Acid rain disrupts the pH of lakes and streams, which can be devastating to wildlife, and acidic clouds and fog blocks trees from vital sunlight.

Finally, burning coal releases methane into the atmosphere that may cause neurological and cardiovascular diseases.

Methane gas can also be absorbed by the ocean and waterways, where it forms toxic organic chemicals that can be very harmful to marine life.

Along with toxins like mercury and lead, coal also produces large quantities of carbon dioxide.

Coal-based power plants burn coal to produce heat which is then converted into electricity, usually by turning a turbine with the steam produced. The turbine spins in a generator, creating electricity.

When coal is burnt, its carbon content is converted into carbon dioxide gas (CO2) which the power plant releases directly into the atmosphere from its smokestacks. This is produced in huge amounts: coal contains as much as 60 to 80 per cent carbon, and nearly four ounces of CO2 is produced per ounce of coal burnt.

Carbon dioxide in the atmosphere contributes to smog and air pollution that is damaging to our respiratory health. Of course, the most well-known consequence of increased CO2 in the atmosphere is climate change, which we’ll discuss next.

One of the most devastating impacts of coal on a global level is that it contributes to climate change. The CO2 emitted from brning coal is a major contributor to climate change: 46% of all carbon dioxide emissions are caused by burning coal, and coal accounts for 72% of the greenhouse gases emitted through electricity generation.

Climate change is arguably the greatest environmental threat of our time. According to the NOAA, the global average temperature has increased at an average of 0.13 degrees Fahrenheit every decade since 1880 and increased at more than double that rate since 1981.

We’re already seeing how this change in temperature is destabilizing the Earth’s natural environment, from devastating wildfires in California and Australia and record-setting Atlantic hurricane seasons, to the death of coral reefs.

If we do not take action against climate change, scientists predict that the earth could warm to as much as forty degrees Fahrenheit above pre-industrial levels. This would be devastating to the planet and anyone who lives on it, causing even more violent natural disasters, massive droughts, crop declines, and rising sea levels.

Furthermore, CO2 emissions are not the only way that coal plays a role in climate change. We’ve already seen how coal mining causes mass deforestation, clearing trees that play a vital role in absorbing CO2 in the atmosphere.

In nature, methane is typically found in the same places as coal. When the coal is mined, the methane is released into the atmosphere. Methane is an even more powerful greenhouse gas, trapping 34 times more heat than CO2 over 100 years.

6. Coal is a non-renewable energy source

Although we use coal like it is available in limitless supply, this is far from the case. Like other fossil fuels, coal is a non-renewable resource and will eventually run out if we don’t moderate our consumption.

Right now, we burn coal at hugely non-sustainable rates. If we continue to burn coal at our current rate, it is predicted that we will run out of known reserves by 2060.

If we don’t replace our dependence on coal with renewable energy sources such as solar and wind, we could literally run out of power.

If you want to learn more about the differences between renewable and non-renewable resources, check out our explainer on the different types of natural resources.

7. Coal mining is a dangerous industry

Mining and burning coal is not only extremely damaging to the environment, but removing it from the earth is incredibly dangerous for miners. Coal miners are exposed to all kinds of toxic fumes and dust, and are at risk of a range of serious conditions, including chronic obstructive pulmonary disease and pneumoconiosis, commonly known as “black lung”.

Mining accidents are also relatively common and can be deadly. In 2019, there were 24 fatal mining accidents in the US alone, 11 of which were coal miners.

Burning coal releases a host of toxic materials into the atmosphere, such as lead, sulfur dioxide, nitrogen oxides, and mercury.

The mercury in air pollution caused by coal literally rains down into our lakes and rivers. From there, it is taken up by fish, accumulating in the ecosystem.

Even trace quantities of mercury can increase to dangerous levels over time, as levels increase at each stage of the ecosystem. Eating fish from mercury-contaminated waterways can cause nervous, digestive, and immune system issues, and threaten child development.

According to the EPA, 42% of US mercury emissions come from coal plants.

As mentioned above, coal mining is incredibly destructive. It can destroy huge swathes of landscapes, clearing habitats and displacing the wildlife that used to live there.

Along with animals and birds, this destruction also affects local communities. The land becomes unstable, and so it is no longer safe for people to live in areas close to coal mines, and they are no longer able to grow food on the contaminated land, not to mention the health risks.

This is caused not only by the coal mines and plants, but also by transporting coal. Coal transportation lines pass through remote and previously-pristine landscapes, damaging the environment and affecting local communities.

Once coal has been mined and burnt, there is even more bad news. Burning coal generates huge quantities of toxic waste called coal ash.

Coal plants across the US generate more than 100 million tons of toxic waste every year. This waste needs to go somewhere, so is stored in pits across the country.

This ash is even more radioactive than waste produced by nuclear power plants. Shockingly, research shows that living near a coal ash pit is worse for a child’s health than smoking a pack of cigarettes a day.

From mining coal to burning for power and storing its toxic waste, every stage of the process is incredibly damaging to people, wildlife, and the planet. Shockingly, many people still depend on coal for electricity, highlighting the need to find renewable alternatives that do not have such a horrific impact on the environment.

Obviously, reducing our dependence on coal needs to be led by governments and large corporations.

However, there are a number of ways that you as an individual can move away from coal.

If you’ve ever wondered about powering your home with renewable energy, check out our guides to building your own DIY solar system and home wind turbines. 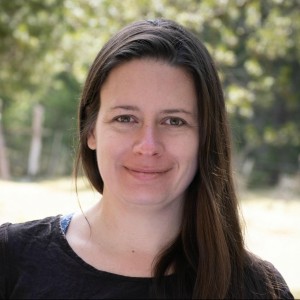 Lisa has a long history of environmental activism, from working in the Green politics sector to volunteering with eco-organizations from the Philippines to Nicaragua. Over the past few years I have been on a journey to live a more eco-conscious lifestyle, seeking out ways to minimize waste, become a more sustainable consumer, and reduce my personal carbon footprint.

How Much Water Does a Dishwasher Use?