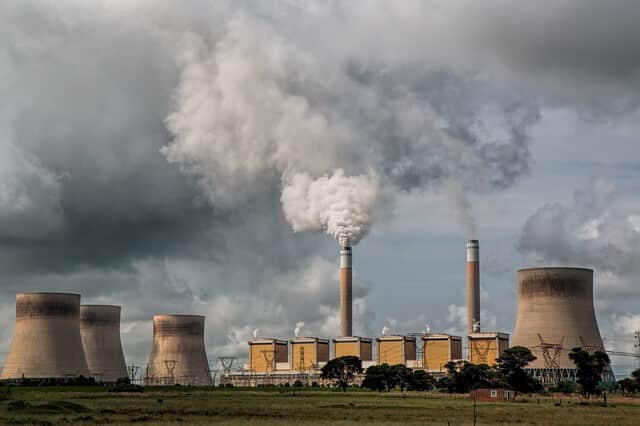 There are a number of different environmental issues in Japan that require significant attention. Here is a list of the most prevalent ones.

6 Key Environmental Issues In Japan You Should Know

As one of the major economies in the world, Japan has made various strides towards improving the lives of its population. The nation consists of four major islands, as well as thousands of other smaller ones. Despite the immense growth in its economy, various environmental issues in Japan still give this nation a headache.

In recent years, Japan has made significant steps towards a cleaner and habitable environment.

However, due to the growth in industrial, business, and agricultural activities, the country still experiences environmental issues that require urgent attention.

One of the most prevalent environmental challenges in Japan is waste and its disposal. For example, Japan destroys almost 2/3 of its waste using industrial or municipal incinerators. This burning of waste materials has significantly raised the amounts of dioxin in the country’s atmosphere.

The trash levels which the modern lifestyle in japan has brought, poses a big threat to the environment and by burning the waste, brings more problems. These massive waste amounts bring various challenges, including grave scarcity of landfill sites, as well as the increase in incidences of illegal dumping of waste material.

Also, the small size of the country, as compared to the waste materials released every day, means that Japan has no enough space to accommodate such levels of waste.

The result of this is to burn the waste through incinerators which, on the other hand, add more dioxin into the atmosphere. Some studies suggest that Japan has the highest levels of dioxin, higher than any level in other G20 nations.

In fact, the Department of Justice in the US, tabled a suit in 2001 against Japan, due to the deaths of American service members. The deaths were believed to have been caused by a waste incinerator in Atsugi, called the Jinkanpo Atsugi Incinerator.

But How Does Japan Handle This Menace?

To be able to accommodate all these wastes, and in an environmentally friendly way, Japan has set up firmer regulations in waste management. These laws and regulations by the government of Japan, has made Japan residents become more creative in the way they get rid of their waste.

One good example of these creative ways is the one adopted by a small town in Japan called Kamikatsu. This town of around 1,500 people, set up a common goal, to reach zero waste production by 2020. Again, since the nearest incinerator they can access is far and costly, the people had to find a new way.

Therefore, they have come up with a systematic technique that helps them recycle about 80% of the waste they produce. For instance, there is one man at the city’s center who makes use of a hammer to break down large materials to smaller parts for future use.

Some of the material he breaks done include things like toilets, whereby he also separates the porcelain and plastic, as well as rubber and metal. They then filter these materials into 45 separate categories for recycling at the city’s plant.

In the past few decades, Japan’s environmental policy has strengthened and takes a more proactive technique for waste management. For example, the Japanese city, together with the prefecture authorities, are focusing more on the processes that will reduce the amount of waste taken to landfills. This approach mainly came up as a result of insufficient space to put up landfills.

The four pillars that support this approach are:

Global warming is a global situation whose effects will not choose which country to affect, but will devastate us all. Therefore, Japan just like any other country in the world, faces the same challenges to ensure that they do not contribute to things that bring about global warming.

Additionally, since Japan is a participant of the Kyoto Protocol, it is under the set obligations which requires it to reduce its CO2 emissions to a level 6% lower than what it was producing in 1990. Japan is also to take any other measure that will help to curb the effect of climate change.

As the fifth-largest emitter on the globe, Japan introduced campaigns such as the “Cool Biz campaign.” This campaign aimed to reduce the amount of energy used in state offices by particularly reducing the use of air conditioning. This is one of the steps they have taken towards curbing climate change.

Japan has been known for its extensive and beautiful coral reef. The Sekisei lagoon has been popularly referred by many to be a subtropical paradise due to the existence of over 400 various types of coral. However, a report by the Japanese ministry of environment in 2017, said that around 70% of the coral reef had been destroyed by a phenomenon they referred to as bleaching.

The coral reef, which is in the southern corner of Japan, is currently under a lot of questions. This is because the report by the government shows that only 1% of this once beautiful coral, is healthy. All this has been attributed to global warming.

The Sekisei Lagoon, which spreads over a large area of over 26 square miles, is slowly dying due to the rise in temperatures, as well as the existence of coral-eating starfish.

Japan is not the only country to suffer from the bleaching effect due to global warming. The whole globe is currently under siege by the extensive mass bleaching incident that has impacted almost every reef around the world. In Australia, the Great Barrier Reef also did experience its worst bleaching effect.

Japan, as a nation, maintains almost 1/3 of its electric power generation through nuclear power plants. And, although in its inception the largest number of people were for nuclear power, this has gradually taken a different turn.

The reason behind the change of heart is because of the incident that occurred in a nuclear power plant in Fukushima Daiichi in 2011. Most of the people in Japan currently suggest that the government should do away with nuclear power.

Also, there have been so many objections against the government’s idea to set up new reactors. This is as a result of the 2011 earthquake and tsunami. These two events triggered a nuclear meltdown in three nuclear reactors at Fukushima dai Ichi. All these events have brought more worry to the citizens than comfort.

The process of radioactive wastes treatment has also become a topic of debate in Japan. In 2008, a new used-nuclear fuel recycling plant was set up in Rokkasho. However, an underground site for disposal of the nuclear-waste for the LLW and HLW has not been established.

All these issues make more and more people in Japan oppose the continuation of nuclear power production.

How Does Japan Deal With Nuclear Waste?

Learning from what happened in Switzerland, Japan is adapting the underground technology for disposal of nuclear waste. Prime Minister Shinzo Abe said that they had established a safe technique that will allow them to bury the nuclear waste, deep beneath the ground. However, there have been concerns about how safe the technology is, considering the nature of Japan’s seismic nature.

The Science Council expert panel’s head said that it might be hard to determine the changes that will take place during the next 100,000 years. Therefore, it is difficult to say if this nuclear management program is viable due to the changes that may occur on the earth’s structure within that period.

This is because it is estimated that radioactive emissions by nuclear waste can only become safe, after 100,000 years.

In Japan, the primary type of meat in their diets is fish and fish products. This means that the country requires a lot of fishing to satisfy its population with this product. However, due to the depletion of fish stocks in the oceans, the country’s annual fish harvest significantly continues to reduce.

As one of the major fish catchers globally, taking third place in 2000, Japan’s diet heavily relies on fish. By the year 2004, there had been a significant decrease in the number of Atlantic Blue Tuna that could reproduce to about 19% of the number in 1975. This decrease occurred in the western side half of the ocean.

Japan contains almost a quarter of the globe’s supply of the big five fish species. These species include southern bluefin, yellowfin, bluefin, albacore, and bigeye. Long after the suspension on commercial whaling that occurred in 1986, research whaling in japan still continued.

However, the anti-whaling countries and the environmental protection groups, have largely criticized this whaling for research. They disagree with the notion that this whaling is done for scientific research.

How Does Japan Deal With Whaling?

Despite the introduction of a moratorium to curb whale hunting, Japan still insists that it is possible to hunt whales sustainably.

Japan also argues that whaling is part of its culture, and it’s not ready to forego it. For this reason, Japan resumed its commercial whaling activities after 30 years.

However, the ministry of fisheries has come up with a kill cap that fishers must abide to. The kill cap is set at 150 Bryde’s, 25 sei, and 52 minke whales, which should total to 227 animals.

After World War II, urbanization in Japan took a completely new turn. There has been a massive migration of people from rural area to urban centers. This, in turn, brought about enormous expansion of both the urban population as well as the geographical area.

The migration has led to more constructions being erected to cater to this rising population. All these developments have brought about the rise of various problems. Such problems include long-distance commuting, inadequate infrastructure, escalating land prices, poor urban housing conditions, and more.

For example, Tokyo city experiences all sorts of problems such as high real estate prices, long commute hours, less space per capita, as well as social problems. Even with strict planning rules, the human impact on the environment in Japan can really be felt through urbanization.

Conclusion On Environmental Issues In Japan

Although numerous environmental issues in Japan need to be handled, Japan has made major steps to become environmentally friendly. One fact about Japan’s environment is that these issues pose a major challenge. However, with the proper laws and regulations, this can be solved.

What is your view on Japanese environmental sustainability? Let us know in the comments below. We’d love to hear from you.