Is water renewable? Let’s figure out how water fits in as a renewable resource.

Is Water Renewable? 7 Reasons Why Water is Renewable

Water is a precious resource. All living organisms need water to survive. Any living thing that depends on oxygen requires water to aid in the respiration process. Water not only acts as a living environment for some organisms but also a solvent, a metabolite, and a temperature buffer.

Research shows that 71% of the entire earth is covered with water. But, a prevalent question remains,” is water renewable?

Why Water is Renewable

To be able to answer that question, it’s critical first to define what a renewable resource means. A renewable resource is considered to be a natural resource that cannot end up in depletion since it can be replenished after usage or consumption.

The replenishing process can occur biologically or naturally and in a finite amount of time. Non-renewable resources, on the other hand, can be depleted and cannot be replenished.

First, we need to answer the mystery of why does water being a renewable resource get exhausted. The groundwater depletion may be due to various things including sustained groundwater pumping. It can result in the reduction of water in streams, wells, and lakes. Groundwater retention is vital to ensure that water is not pumped at a faster rate than it is recharged.

It brings us to the next important question, how is water is formed and where does water come from? The universe is largely endowed with this natural resource called water.

Water is a resource that has been there since way back to the origins of the universe. It falls from the sky in the form of rain and then rushes down on our riverbeds and also forms the beautiful water bodies like oceans and lakes. Water is an abundant resource that cannot (always) be replenished.

7 Reasons Why Water is Indeed a Renewable Resource

So, here are the seven reasons to answer the question, ”is water renewable:

Rain is usually in liquid form or droplets which are formed as a result of condensation in the atmospheric water vapors.

Then, the droplets grow heavy and fall under gravity as rain. It helps deposit most of the fresh water on the earth. Rain production is as a result of moisture movements in the three-dimensional zones of temperatures or moisture contrasts which are usually called weather fronts.

Precipitation usually falls from the convective clouds including the cumulonimbus if sufficient moisture goes up in motion. Heavy rainfall mostly occurs in the mountainous areas where there is upslope flow happening within the terrain windward sides.

Water is thus one of the renewable resources that we can have as long as there is sufficient rainfall. But with global warming, climate patterns are continually changing. We should avoid things that are causing the depletion of the ozone layer which eventually leads to global warming and climate change.

Use efforts of decarbonization to reduce your carbon footprint.

Another method of renewing or replenishing the water resource is through conservation. Conservation efforts can help replenish the water reservoirs when a drought occurs. The water conserved can be utilized to replenish the reservoirs. 97% of all water on the earth is salt water, and only 3% is fresh water which is safe for drinking.

So, is freshwater a renewable resource? Putting in place conservation efforts ranging from the simple to complex systems can help supply fresh water to us especially during the dry seasons. Use these greywater systems in your home to free up drinking water since you won’t use potable water for other purposes.

Some of the conservation efforts that can help you free up more drinking water since you’ll be using other water for routine tasks:

Below is an example of an outstanding gray water system for your home. 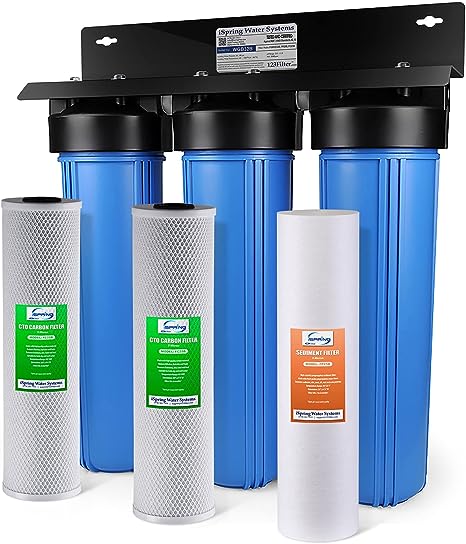 Here is how you can conserve natural resources in your home.

Since water evaporates, then it is a renewable resource. Evaporation is a process that occurs when liquid water turns into water vapor after it is exposed to high temperatures.

90% of water in rivers, lakes, and oceans go through such transformation, and so water can later be replenished when the vapors condense.

Condensation is another process that occurs as part of the natural water cycle. After water molecules have gone upward through the evaporation process, they meet cooler air eventually at the higher atmosphere levels. The water vapor is then condensed forming large water droplets that are noticeable as clouds.

It causes temperature changes that then make the water molecules to separate and again form large droplets. Precipitation follows and eventually the rain. It is a water cycle process that makes water resource a renewable resource.

See Related: What is the Best Water Filtering System

Water can be reclaimed or recycled. It involves reuse of wastewater which is a process of converting sewage into clean water. Water reclamation is an ideal way to replenish water and reuse it or use it later for other purposes. The water recycled can be used in agricultural fields, garden irrigation which helps replenish both surface and groundwater.

The water recycled can also be treated and be used for drinking, cooking or to meet another purpose in residential centers, businesses complex centers, and in the industry.  Another way to replenish water bodies is to redirect treated used water to refill the freshwater water supplies.

Replenishing water is a practice that will have huge benefits to the ecosystems, improve the stream flow and recharge the aquifers. People are using desalination methods for ocean saltwater to be used for farming and agricultural purposes.

Another reason why water is considered a renewable resource is that it is sustainable. Reusing water is one of the sustainable water management approaches that can help reduce high dependence on other natural water bodies.

Since it offers an alternative source of water for different human activities, it makes water a renewable resource. Sustainability is a key word because it has a prolonged lifecycle.

Since lowering the water table is the main reason that can cause water depletion. Harvesting rainwater is yet another method of replenishing the groundwater. During the rainy season, we can conserve the rooftop rainwater and use it to recharge the groundwater.

Rainwater harvesting is a method that requires us to connect the outlet pipe from the rooftop with gutters and divert the water to the already existing wells, bore-wells or tube-wells or specially designed wells.

Alternatively, we can make use of rain gardens to hold rainwater that falls from the rooftops. Also, we can inject wells with pressure pumps so that we can actively thrust water into the aquifers and raise the water table.

Conclusion on Why Water is Renewable

I believe that this list has answered the question, is water renewable? However, water is a renewable resource can also get exhausted if we don’t conserve the environment. Consider avoiding bottled water to help the environment with plastic. Here are some of the cons of bottled water.

We, therefore, need to make the conservation efforts to replenish our water sources.

Is water renewable in your opinion? Let us know your thoughts in the comments below. We’d love to hear from you.