Do Solar Panels Cause Cancer? (An Analysis & Case Study)

Are you worried about the safety of solar panels? Have you been worried, or not sure if they can cause cancer? Let’s explore more together as we try to answer the question, “do solar panels cause cancer?”

Do Solar Panels Cause Cancer?

With more and more families shifting to the use of clean solar energy, there is an increased concern on how safe is the use of solar power.

Do solar panels cause cancer? This is one of the major questions that solar power users and prospective users are so eagerly looking for answers.

There is the growing concern of whether the solar panels we install either on our rooftops or our properties have the potential to cause harm to our lives.

And, seeing that they are made of elements that produce electric current and electromagnetic fields, people are getting more concerned.

Well, to answer this question, let us go through this article together and see how solar panels work and if they pose any danger to our lives.

Can You Get Cancer From Solar Power?

As I have pointed earlier, solar systems comprise of various components that produce electric current, or electromagnetic fields. Also, some solar cells are known to contain elements or compounds with some levels of toxicities.

These toxins include gallium arsenide and cadmium telluride.

But does this imply that the solar panels have the potential to increase the risk of you getting cancer? The answer to this is no.

What this means is that, although the panels include components that emit varying levels of electromagnetic fields and radiations, they are also within the set limits.

They comply with the standards set up for all electrical devices by the FCC (Federal Communications Commission).

The electricity that the solar panels produce is in the form of direct current. This means that the wires used to transport this form of power, do not produce electromagnetic fields, unlike the ones carrying AC power.

And, where AC is being transported, the wires are well coated.

Also, although we mentioned that some solar panels contain materials that can be toxic, most of the solar panels made for homes, are made from safe silicon technology

Therefore, you shouldn’t worry yourself too much about the safety of these solar panels. They are indeed safe.

Do solar panels cause cancer? What are the health concerns about solar panels? Do they contain toxins?

Well, to understand this better, let us explore deeper on what constitutes the solar panels.

Typically, solar panels technology is divided into two main categories. These include:

Crystalline silicon cells are the most commonly used ones for the home solar panels. They are mainly made from rocks and sand, which means that they are non-toxic.

However, some may say that the solar panels contain some amount of lead necessary for wiring. Well, while this is true, the amount of lead is minimal and is also encased by a sturdy glass and aluminum case. The casing helps to ensure that the lead is not exposed to humans.

As for the thin-film panels, they have a completely different technology from the silicon ones. Instead of using silicon, these types of panels use various compounds which may be toxic. However, thin-film technology is not mostly designed for residential application.

Some of the toxic elements used in thin-film technology include cadmium and gallium. Cadmium is usually a waste product during mining and therefore, using it in the solar panel production does not necessitate to more mining for the component.

The good thing in the thin-film technology is that the elements are completely sealed using aluminum and glass frame.

This frame is built to withstand harsh weather conditions, which ensures there is no exposure to these elements for humans.

To get a comprehensive answer to the question “do solar panels cause cancer,” we have to consider everyone that comes into contact with the panels. This means that we must understand the whole process right from their production to their disposal after their useful life.

Well, depending on the type of technology, either silicon-cells or thin-film technology, the workers may be exposed to different health risks.

This is as a result of the different kinds of elements that are used to manufacture these solar panels.

For example, when it comes to the manufacture of silicon cells, some of the main elements like nitric acid, hydrofluoric acid, and sodium hydroxide, are necessary. If companies do not equip workers with the right safety gear for their protection, they might face various health risks.

There are minimum safety standards set that every manufacturing plant must adhere to, in order to safeguard the protection of workers. These standards will vary by country and the US is one country with the highest occupational safety standards.

It is also good to note that, despite these regulations in the US, some foreign companies are manufacturing solar panels in the USA.

For example, some Chinese companies produce their products in the US, while some US companies such as SunPower produce products in China.

For this reason, standards may vary across the board.

To get the full information on these standards and potential hazards to solar panels’ manufacturing workers, you can visit the “Brookhaven National Laboratory.”

The product label on the solar panels will show you the “environmental and workers safety certifications” necessary during the production process. And, although the certifications may not always be a guarantee for safety, they are vital tools in ensuring that the products are manufactured with the highest standards. 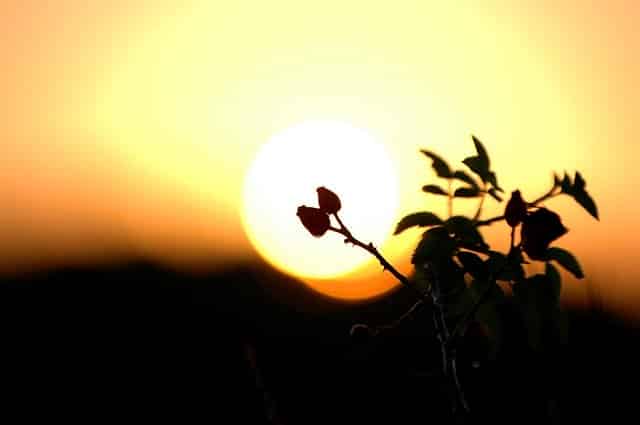 Why Solar Panels Are Safe

But why do we consider solar panels as a safe mode of power production? Well, this is no brainer. First, the use of a renewable source of energy which cannot deplete and that doesn’t harm the environment is one primary reason.

If you compare solar power to fossil fuels like coal, solar produces significantly less pollution through heavy metal. For example, coal-burning is a primary contributor to mercury emissions which are harmful to the environment.

Another reason solar panels are considered safe is because of the materials used in their manufacture. Most of the solar panels used for residential purposes are manufactured from silicon which means there are no toxins that can leak.

And, even for the thin-film panels, the components are well sealed with a glass and aluminum casing that is weather resistant.

What Do EMF And EMR Mean?

Every electrically charged particle generates an EMF (electromagnetic field). And, the fact that protons and electrons have electric charges, it means that each atom in our bodies generates an EMF.  It is a force inside every living organism.

However, EMF is not a major concern in electric devices. EMR is the primary concern. EMR stands for electromagnetic radiation.

These radiations range from some extremely low frequencies such as radio waves to ultra-high ones.

Some Examples of these EMR includes:

They are artificially produced by transmitters and received by using antennas by radio receivers.

These are EMRs that have wavelengths of between one millimeter and one meter. Their frequencies range between 300 GHz and 300 MHz. These electromagnetic radiations are mostly used in communications and cooking at home.

This type of EMR contains wavelengths of between 700 nm and one mm. They are usually shorter than radiations in radio waves but longer than the radiations in visible light. This means that they are not visible to human eyes.

These are useful for eyesight, and they have wavelengths of between 400 nm and 700 nm. Their frequency ranges from 430 THz to 750 THz.

The UV light is an EMR that has a wavelength of between 10 and 400 nm. They are longer than X-rays but shorter than the ones in visible light. These EMRs exists in the sunlight and usually contributes to around 10% of the whole EMR production form the Sun.

Bees use this light for seeing, and it is also used in synthesizing vitamin D. One negative effect of UV light; however, is that too much exposure can cause skin cancer.

Physicians use these ones to see where naked eyes cannot see. They help to visualize images of the inner parts of the body.

They are high energy radiations that are used mainly for sterilizing such as in eliminating bacteria.

These are extremely high-energy atomic and proton nuclei found in space and that move in almost the speed of light. They can originate either from the Sun or outside the solar system.

Are These EMRs Harmful?

The answer to this question is a big Yes. If we get continuous exposure to some of these electromagnetic radiation, it can be harmful. However, the amount of radiation generated from solar panels or other electronics we use in our homes is not enough to harmful.

The amounts are too small to affect our bodies. However, if exposed continuously to them, some may lead to indirect damage.

Conclusion on the Question “Do Solar Panels Cause Cancer?”

From our discussion above, we can clearly see that solar panels do not cause cancer. This is because the amount of electromagnetic radiation they emit is negligible to cause harm to human bodies. Also, the standards set for the production of these panels by FCC, ensure that manufacturers use enough precaution during their production.

I believe that this article on “do solar panels cause cancer?” has given you the peace of mind you needed, and eliminated any fear you might have.

Has this article answered your most pressing questions? Kindly share your comments in our comments area below. 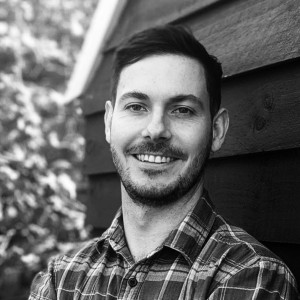 The Best Eco-Friendly Diapers for Your Baby in 2021

The Best Zero Waste Deodorants for Eco-Conscious Consumers in 2021