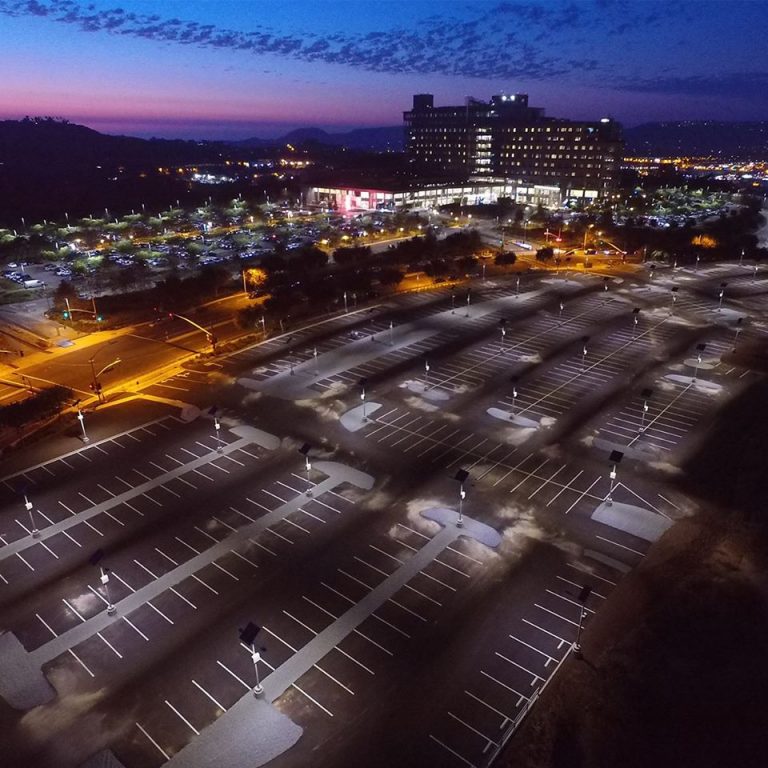 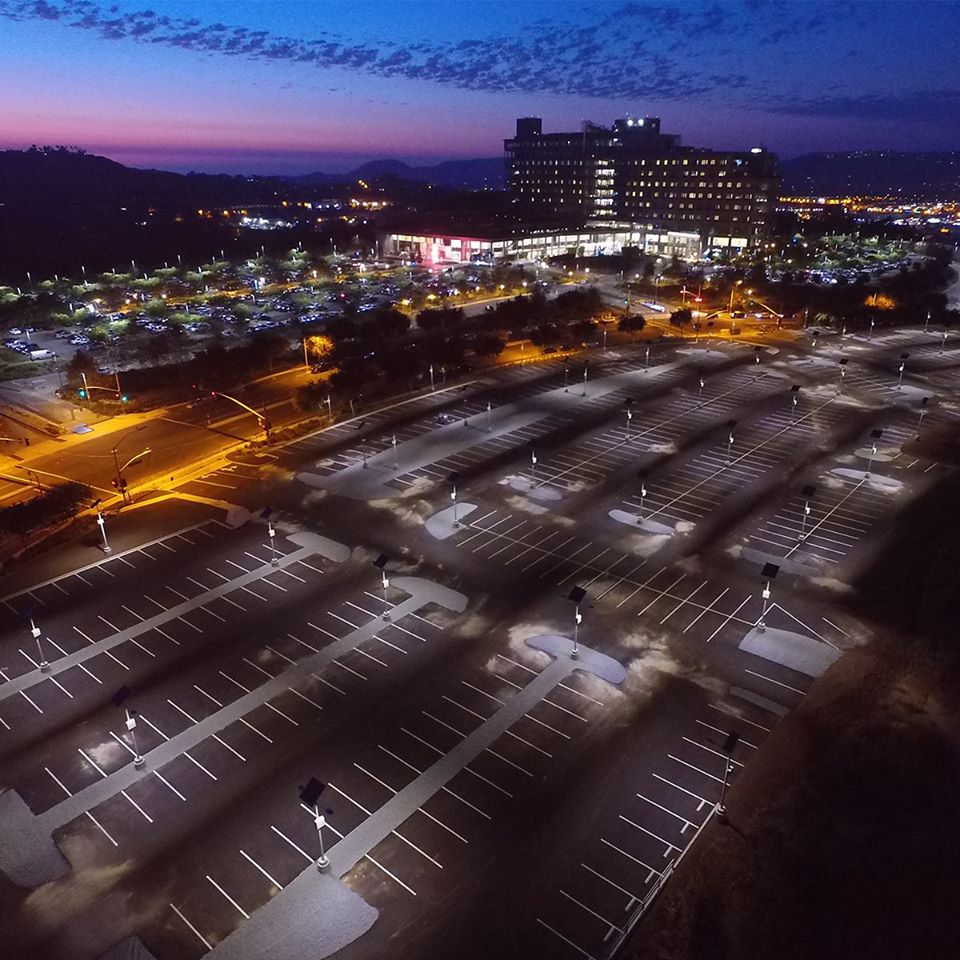 Want to know more about solar street light? These can provide a huge advantage to our transition away from fossil fuels.

Solar Street Lights Overview: How they work and who provides them?

Public lighting for public spaces and roads are a necessary evil. They provide road traffic safety and heighten our sense of security on the streets at night. But, they consume a lot of power.

Street lighting is one of the major components of the total energy consumption in municipalities.

There are approximately 26 million streetlights only in the US, consuming the same electricity of 1.9 million households, and generating the same GHG emissions as 2.6 million cars.

However, the adoption of solar-powered street lights in the US has still not hit the hot spot.

Implementation of solar-powered street lights would alleviate the power burden on the system.

If LEDs alone can make enhance the efficiency of public lighting, picture all the benefits of having a solar-powered street lighting system.

Research based on work done in two Ugandan cities, Kampala and Jinja, found that municipal solar street lights offer a cheaper and more sustainable solution that bring large benefits to the city.

Looking for a way to light your outdoor spaces that won’t impact your bills or carbon footprint? Check out this roundup review of the best solar lamp posts for eco-friendly illumination.

What are solar street lights?

Well, if you’ve seen a solar panel and a conventional street light source, combine them and you have solar-powered street lights.

They are usually mounted on the already existent lighting structure. So, no need to build a whole new system to access this novel lighting mode.

Solar-powered street lights are composed by:

In charge of converting the sunlight into electricity.

Refers to the commonly called “bulbs”. In the case of solar canopy lighting, the primary light source is LEDs.

The energy produced by the panel during the day is stored in a battery, so it is available to be used at night.

Poles will hold the solar light arrangement on-site, and panels might go on top of the light or integrated to the pole structure.

Here are some of the major pros of solar power street lights.

They are perfectly suitable for any exterior light requirement.

By choosing solar canopy lighting, parks or parking lots will stop being a load on the annual bill.

Solar-powered street lights have almost no operating cost associated. Just put the lights up and leave the rest to the sun.

Since they work with LEDs, bulbs do not need to be changed as frequently as with conventional lighting.

Take advantage of tax incentives and government rebates with these systems!

Solar-powered street lights do not have external wires, given that they are not connected to the grid. The personnel who fix street lights will be safer while working with these.

Solar canopy lighting only depends on the sun for operation. For this reason, the carbon footprint associated with public lighting is eliminated.

Since solar-powered street lights produce their energy, out of grid reach areas can seize this feature and count on street lighting.

Their up-front costs are higher than in the case of conventional lighting. For this reason, most people are kept from switching to this system.

Given the absence of wires, solar-powered public lights are more sensitive to being stolen. Besides, they are also more expensive than regular street lighting, boosting the chance for theft.

3. Accumulation of snow or dust on horizontal PV-panels

If no maintenance is given to the system during extreme weather conditions, energy production lowers or completely stops.

In this case, snow, dust or moisture accumulation leads to panel cell damage or lifespan shortening. Read our guide on the lifespan of solar panels.

Just like any other battery, solar-powered street system batteries must be replaced a few times during the panel’s lifetime.

This adds up to the total lifetime cost of the system. Read this guide about solar panel batteries.

How do solar public lights work?

As you might imagine, the solar canopy lighting principle is the same as with any other system that involves solar panels.

The solar cells in the panel seize the energy from the sun during the day. That energy is converted into electricity and stored in the battery.

Once sunlight starts to fade and the solar panel voltage drops lower than 5 volts, LEDs progressively start to light on. They will remain on throughout the night, consuming the energy stored in the battery.

The next day the cycle repeats.

Well, LEDs have a few attributes that make them superior over common High-Pressure Sodium Lamps (HPSL).

Also, they emit light directionally, i.e. over 180º, contrarily to common lamps which emit it at 360º.

LEDs kick out the need to redirect or reflect light, leading to far fewer losses than with conventional lamps.

This comparison is better explained by the illustration below.

LEDs’ lifespan is also much larger than other lighting technology, which is one of the big myths about LED lighting.

Sensors are included within the fixture to increase the whole system efficiency even further and decrease its energy consumption.

A light sensor system commands different radiance levels depending on the time and sunlight intensity.

The time control mode makes LEDs not to shine at 100% when the sun barely starts to go down. Instead, they are lit according to the available natural light and the light requirement.

Motion sensors detect movement near the street lighting pole, and this will make LEDs to shine at their 100% capacity. When no motion is detected, then a portion of the LEDs will go off.

Motion sensors allow having some light glowing even when no movement is detected, avoiding complete darkness.

Thanks to technology innovation, batteries, and LED lighting are getting smaller.

The smaller size of components means that they can be integrated into more compact units.

All-in-one fixtures require no wiring and are easier to install, involving no complex processes. In other words, you don’t require electrical or specific technical knowledge for the installation.

The low energy consumption of LEDs makes these solar-powered systems to extend their autonomy to 5+ days. Even places with intense rainy seasons or lower irradiance can still benefit from solar canopy street lights.

LEDs can be work with both, split or integrated types.

All-in-one systems, however, have better hurricane/typhoon resistance than split-type. This is due to the compactness of the former.

On the contrary, the split type has the solar panel separated from the lamp, making it more vulnerable to harsh conditions.

Compact systems are easier and cheaper to transport than split ones. In terms of space, you could twofold or threefold your solar street lights load in a container.

Furthermore, given the lower space requirements, the storing costs will also be lower than in the case of the split type.

The moment of truth.

These systems can reach up to 50% more than sodium-based alternatives.

Consider some of the pocket side benefits beyond the mere cost of the lamps. You’ll see it is cheaper in the long run.

No more energy bills related to the solar system

Suppose an annual operating time of 4,000 hours and an average cost of 10.05 cents/ kWh, the associated costs will be for each alternative will be:

Forget about trenching for installation

Since you are choosing to light your spaces at night with solar-powered street lights, we have good news for you.

You won’t have to call a trenching company to connect your system to the main grid. That means that you can cut that $30,000 from your lighting system installation budget.

How to buy the best solar powered street lights?

Do not get intimidated by the solar street lights options, we can give you a hint on how to look, what to look for and where.

Here’s a list of things to consider before buying a solar street light.

If you only want to light up your garden how can you make sure that you won’t end up buying stadium lights?

To avoid the dazzle every time you step out of your garden door, you want to look at the lumen rating. The Lumen tells you how much visible light the lamp will emit.

In the image below this is illustrated using an example for headlamps and how far the light reaches according to the lumens.

The higher the lumens the brighter will the light be and the furthest it can reach.

Here are some lumen level recommendations for outdoor lighting:

The battery is key to ensure that you won’t be trapped in darkness in the middle of the night.

Since the sunlight is available for a limited period during the day, batteries must charge in little time.

For outdoor applications, batteries should last for at least 10 hours.

A top-quality solar-powered light should be able to resist harsh conditions.

They should be waterproof, heatproof and even rust-proof if possible.

Make sure to include light sensors, so the system automatically goes on and off.

The motion sensor induces full brightness once it detects motion. Otherwise, lights will be at low consumption mode.

Since now you know what features to check, here we list you with some of the best solar light street providers.

Specialized in the development and manufacture of customized solar outdoor LED lighting systems for different applications.

They focus on providing high-quality components. This way the ownership cost is minimized throughout the lifespan of the system.

They provide a 5-year warranty on the solar light system.

Partnered with Hubbel Outdoor Lighting, they have a variety of fixtures available to meet every project requirement.

They offer reliable performance arrangements made in the USA.

Leadsun is the world leader in All-in-one systems. They developed the first integrated solar street light type and have lighting solutions for every application.

They offer top-quality technology that resists the harshest of conditions. 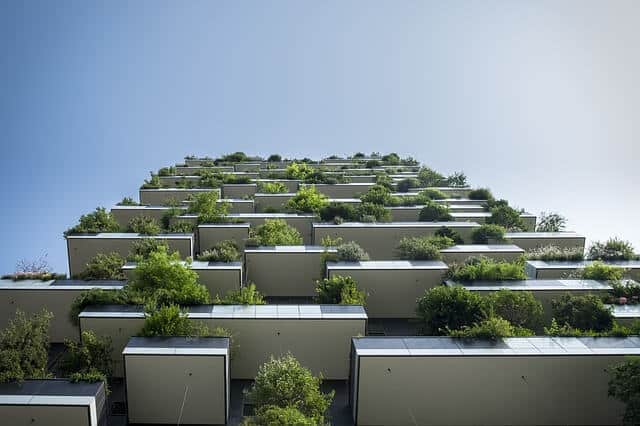 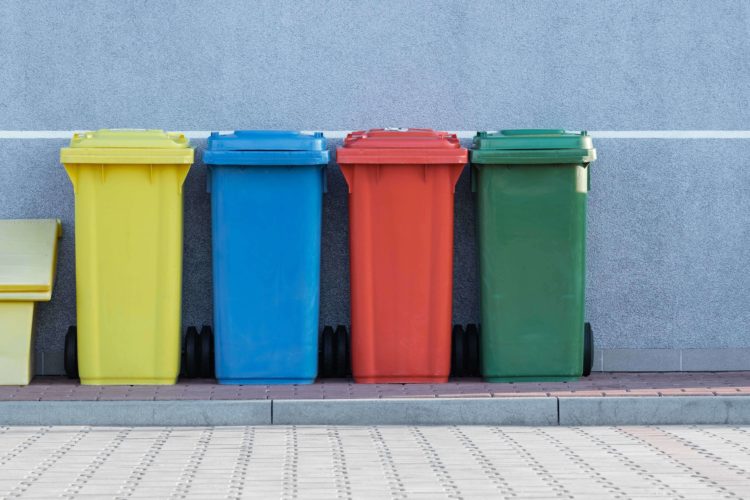 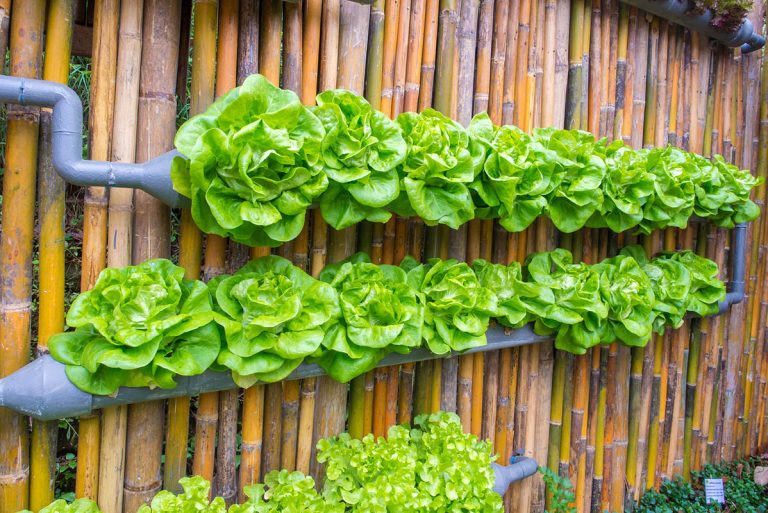 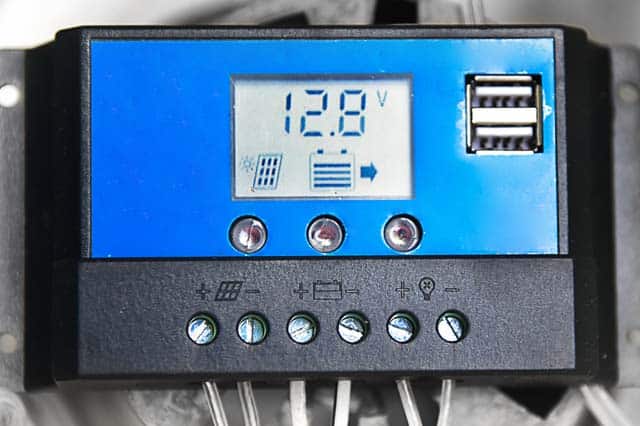 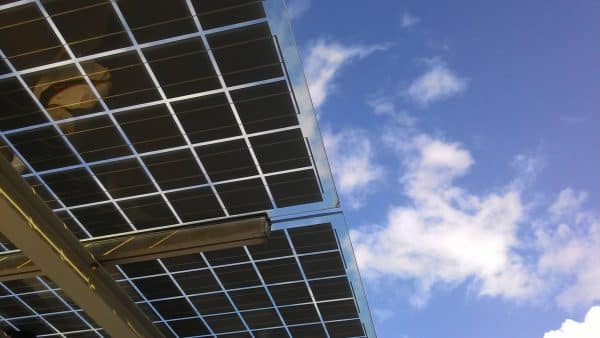 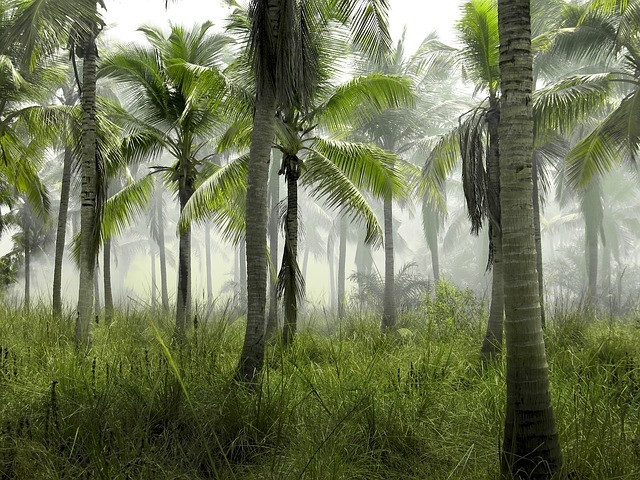 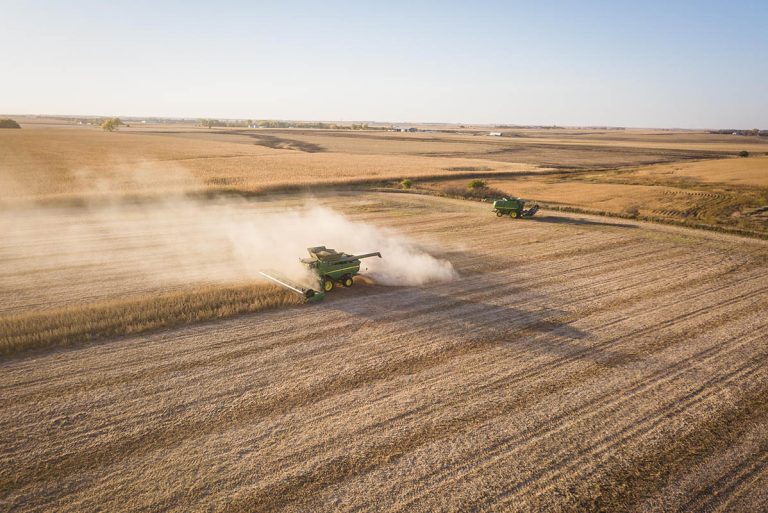 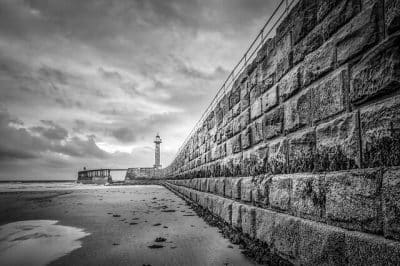 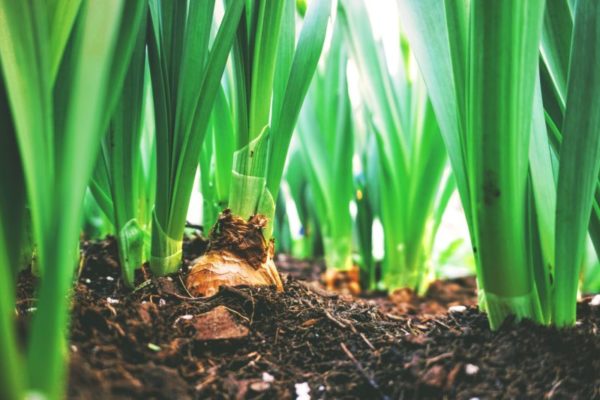 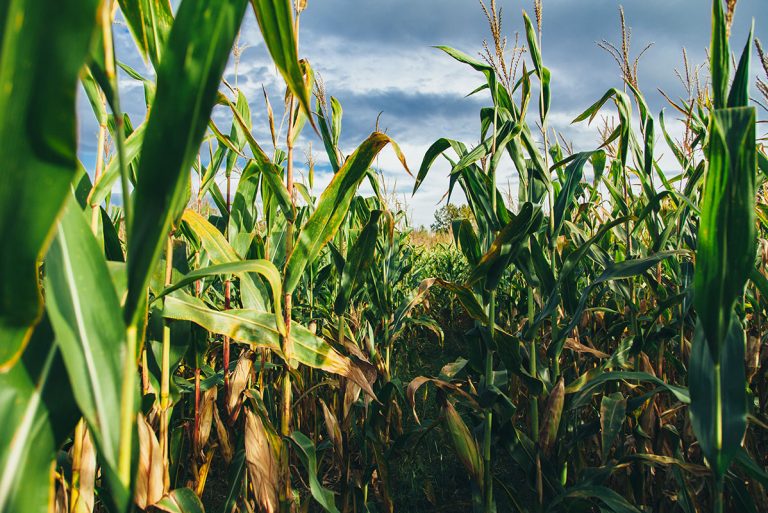