Energy is the driver of almost everything that we do in the current world. Whether it’s lighting, heating, traveling, farming, and so many other human activities, energy is required. In this article, we will look at the pros and cons of nonrenewable energy sources, which are one of the two forms of energy sources.

These are some of the most common renewable energy trends and technologies to follow.

What are Nonrenewable Energy Sources

Nonrenewable energy sources are energy reserves that cannot be replenished at a rate quick enough to keep up with consumption. What this means is that the energy sources or reserves will deplete at a particular point. Simply put, nonrenewable sources of energy will run empty at some point, and therefore, the energy is not sustainable.

As defined by the U.S. Energy Information Administration (EIA), “nonrenewable energy sources are sources that cannot be replenished within a short period.”

Types of Nonrenewable Sources of Energy

When talking about nonrenewable energy sources, there are mainly three sources which include Fossil fuels, Nuclear energy, and Biomass energy. However, fossil fuels are the most widely used source of energy, including petroleum, coal, and natural gas.

A report by National Geographic shows that there are numerous reservoirs of nonrenewable sources of energy throughout the world.

All fossil fuels, including coal, natural gas, and petroleum, forms in the same way. Since the primary element of all fossil fuels is carbon, the period during which the fuels were formed is known as the Carboniferous Period. According to research, this formation took place between 300 and 360 million years ago.

Interestingly, fossil fuels were formed from plants, animals, planktons, and algae which existed all those millions of years ago. These plants and animals when they died, they were crushed underground and under the seabed over long periods. The energy in the animals and plants when they died, the heat and pressure they experienced underground, changed them into fossil fuels.

Currently, there are numerous, large underground reservoirs which contain these nonrenewable energy sources around the globe. These reservoirs are the ones we explore and extract these fossil fuels to form energy for our everyday activities.

One of the primary sources of fossil fuels is coal. Coal is a type of rock, that is black or brownish, and that is burned to produce energy. Coal is formed through carbonization, and it is classified based on the amount of carbonization it has undergone.

We can mine coal through two principal methods. These methods include underground mining, which is used for deep ground coal and the surface mining for coal that is near the earth’s surface. We have a full guide on the disadvantages of coal.

Petroleum also referred to as crude oil or oil, is a liquid form of fossil fuel. This type of fossil fuel is contained in the underground rock formations and can bubble out of the earth’s surface. For example, in some places like California and Los Angeles, you can see large pools of oil bubbling up from the ground.

However, the largest reserves of oil are located deep in the ground, and therefore, humans drill through the ground to access them. These reservoirs are available either underground the dry land, or under the ocean floor.

After drilling, the petroleum is then refined to take out various chemicals since the crude oil contains lots of them. The refined oil is then converted into multiple products such as gasoline, as well as rubbing alcohol, water pipes, nail polish, roofing, and many other products.

Natural gas is another fossil fuel that is trapped underground in reservoirs. It is mostly made up of methane. If you have ever smelled methane, it has the smell of rotten eggs.

Mostly, we use natural gas for cooking and heating. However, in some instance, the gas can be burned to produce electricity. The gas is found underneath the ground in rock formations that usually spans for kilometers. Statistics estimate that the underground gas is so much that it measures billions or trillions of cubic meters.

There is so much natural gas underground that it is measured in a million, billion or trillion cubic meters.

The gas is in the form of methane, but it can also be liquefied to form LNG (liquid natural gas) which is a much cleaner form of fossil fuels.

In this process, the heat necessary to create steam in the plant comes through the fission of atoms. This process is simply splitting of atoms, where the atoms release energy in the form of neutrons and heat.

The main reason why nuclear energy is a nonrenewable source is that uranium, which is the main component of the process is finite. Again, although we can find uranium in rocks around the globe, the type of uranium the power plants needs, U-235 is rare and finite.

If we don’t replant these plants as fast as their rate of consumption, then the source will deplete. In this case, biomass energy becomes a nonrenewable source.

The most common plants that burned to generate electricity include wood, soy, and corn, among others.

What are the Pros and Cons of Nonrenewable Energy?

When talking about nonrenewable energy, there are some positives as well as negatives that come with them.

Let’s find out more, which are these attributes.

These are some of the pros of nonrenewable energy to consider.

Since nonrenewable energy sources have been in use for long, the energy infrastructure in most countries leans nonrenewable sources of power. Research made by Andy Darvill’s Science Site shows that nonrenewable fossil fuels contribute to 66% of the world’s source of electricity. It also shows that it satisfies around 95% of the entire energy needs. The needs include the generation of electricity, transport, and heating, among others.

Therefore, since there are already existing structures for the same, the adoption of nonrenewable energy sources such as fossil fuels become cheaper. For example, solar panels or windmills might require a considerable amount of initial investment to install as well as the purchase of new equipment.

On the other hand, connecting to the already existing electricity grid or natural gas pipeline is easier as you don’t require new equipment.

With nonrenewable energy sources, they can produce a more constant power supply, as long as the necessary fuel is available.

In comparison, renewable energy sources depend on unreliable sources such as wind and solar energy.

When it comes to nonrenewable energy sources, they are moderately cheap to extract. Also, they are easy to store, pipe, and ship anywhere in the globe.

No matter the time of the day or season of the year, we can rely on these energy sources. Also, during the extraction and transportation of these fuels, there is the creation of jobs for the locals making the economy grow.

Although some of them bring about serious environmental hazards, some like natural gas is clean and healthy. Natural gas produces CO2, and water vapor when it burns, which are the same gases we breath out.

These are the core cons of using nonrenewable energy.

Some nonrenewable energy sources such as fossil fuels are not clean and green. In fact, all fossil fuels contain high levels of carbon, which is a primary contributor to global warming.

For example, oil leaks not environmentally friendly as they can choke the plants where they occur or kill sea animals if it happens in the sea.

Also, when it comes to nuclear energy, it generates radioactive material. The radioactive waste from the plants are extremely toxic and can cause burns and increased cancer risks, bone decay, and blood diseases when exposed to them.

Also, when extracting some of them like natural gas, they cause environmental hazards such as fracturing the rocks which might cause mini-earthquakes. Natural gas extraction may also cause the contamination of water sources and underground reservoirs, which may affect human and animal life.

Also, when extracting coal, the ground might cave, causing underground fires. These fires may sometimes burn for many years. Additionally, when coal burns, it releases multiple toxic gases, as well as pollutants, which negatively affect the environment.

When coal burns, it releases many toxic gases and pollutants into the atmosphere. Mining for coal can also cause the ground to cave in and create underground fires that burn for decades at a time.

Nonrenewable energy sources, especially fossil fuels and nuclear ones, can not be replenished. What this implies is that, since the amounts are finite, or do not replenish fast, if we do not use them well, they might come to an end.

If these sources are depleted, it will take millions of years to form again, unlike renewable sources like the sun, which is always there.

The high rate at which we consume the resources is not sustainable in the long term. Unless we find alternative sources of energy to power our lives, the use of these fuels is unsustainable.

Although there are fewer accidents related to nuclear power, when it comes to fossil fuels, accidents are likely to occur. They can never be as safe as renewable sources such as wind and solar would be. In the case of petroleum, fires happen often, especially if tankers crash, or if there are oil leaks.

In addition, if a nuclear accident happens like the one in Fukushima, it can cause devastating effects to both humans and the environment.

There is the fear that when it comes too nuclear energy, some people might misuse this source to create weapons. There has been lobbying by the international community against the production of nuclear weaponry.

The fact that the residue products from some nonrenewable energy sources such as fossil fuels are non-degradable means that they pollute the environment.

Conclusion on Pros and Cons of Nonrenewable Energy

Although the world currently relies heavily on the use of nonrenewable sources of energy, it is evident that they can in some cases, cause harmful effects to our environment. Looking at the various pros and cons of nonrenewable energy, we can see that there is a need to also look into ways to increase the use of renewable resources.

I hope this piece provides you with all the necessary information you may require on nonrenewable sources of energy.

What are your thoughts on nonrenewable energy resources? You can share with us those views in the comments section. 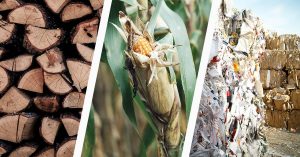 What are the Different Types of Biomass?